A requirement to compete in a global market

In an increasingly globalized economy lots of opportunities emerge around the world. There’s no doubt that the growth of your business depends increasingly on international markets, thereby Active Development wants to be your traveling partner to export your business model, your products or services.

We have offices in Miami giving coverage to the Americas and in Casablanca providing coverage to Africa. We have the capacity to implement projects worldwide, beyond our offices, with experience in Chile, Colombia, Qatar, Portugal, France and UK.

Currently, our operational capacity is highlighted in Morocco as well as our experience. It is a market in which we continue to reap success stories thanks to our strong network of contacts and our experience.

The opportunity you were looking for

Active Development welcomes you to the United States, Casablanca and Kuwait.

Active Development offers a ‘premium’ service so that together we can penetrate the USA, Casablanca and Kuwait. We will make a project tailored to your product or service through a specific and extensive work that will ensure the fulfillment of your goals and reach the expected sales levels and profitability.

In order to assist companies in this market, we offer you Active Development’s offices in Miami, Casablanca and Kuwait. We invite you to meet our native teams in each of our offices led by Senior Managers with more than 10 years in the world of management consulting.

Each job has three main areas:

1- A complete and rigorous market scan where we analyze the sector in which we are heading. The objective is to identify opportunities, risks, key players, channels and tactics.

2- After an analysis of the results, we select, contact and interview the key contacts. The process ends with your visit accompanied by us. Therefore you will be able to have several meetings in a very short timeframe that will allow you to assess firsthand the size of the opportunity.

3- Finally, with the results obtained we develop together with you a tactical action plan. That includes our constant advice in the field until the achievement of the established goals.

USA respresents a very important market for many companies. With 310 million consumers and an average net income per capita of 53,000 dollars, the United States should be a target for any company willing to expand their business in other markets.

Spain has in the United States a competitive advantage in relation to other countries: Florida and Miami. The cultural similarities with Miami are higher than in other areas of the country due to the influence of the countries in Central and South America.  Miami and Florida have become the entrance area for many Spanish companies. A total of 350 companies from Spain are located in Florida, this represents 40% of the Spanish companies established in the USA.

Do you want to export to high growth and potential countries? Active Development contributes to the internationalization of many successful companies, thanks to a consolidated experience of success, a first level network  in each country and a tactical “in-situ” accompaniment.

Morocco,
the lighthouse of the new Africa

There are several areas of the planet with a high development potential, but according to the IMF (International Monetary Fund), Africa is the continent that dominates both the top 10 and 20 of the world’s fastest growing economies, with 6 and 10 countries respectively, becoming therefore the continent of the future.

Spain, for strategic assumption, has in Africa a competitive advantage over other countries. This is a unique opportunity for their companies. In fact, today Africa has already surpassed Latin America in Spanish exports.

Morocco is a reflection of the opportunities that Spanish companies are finding on this continent, being the first recipient of investment in Africa thanks to its infrastructure, political stability, attractive business climate, legal framework and major international agreements. Since 2014, Spain is the first commercial provider of Morocco ahead of France, it is certainly a strategic market for many companies in our country. Here are some facts that confirm it:

– Over 700 Spanish companies are established in the country.

– Morocco is the world’s seventh largest destination for Spanish exports.

The FIRA DE BARCELONA in Spain is relying on Active Development to be their institutional representative, being the official trade mission for all their shows for the North African countries.

Do you want to export to high growth and potential countries? Active Development contributes to the internationalization of many successful companies, thanks to a consolidated experience of success, a first level network  in each country and a tactical “in-situ” accompaniment.

Kuwait is a strategic hub for penetration in the Middle East markets. Kuwait is a world-class financial and economic center, with a private sector that leads economic activities, increasing competitiveness and with the support of public institutions. It has an adequate infrastructure, a legal framework and an enabling business environment.

Internationalization: Some Success Stories from our Clients.

Get to know Active Development

Discover how we can help you 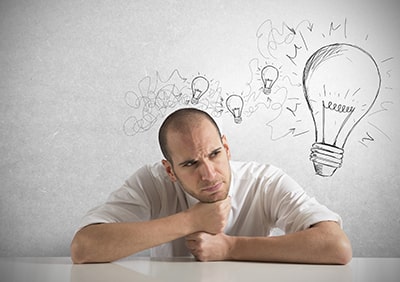 Please provide your e-Mail and we will design a COMPLETELY FREE Diagnostic of your business.